Why I Write: Because Love is the Opposite of Underwear

Let me explain. You continue doing something, hopefully putting in the thousands of hours to become good at it, because you are obsessed with it, you 'love' it, it never bores you. Whatever it is--writing, playing piano, cooking chocolate cupcakes, origame,... When you become blase about something, when you no longer find it novel, when you stop noticing it, like say cotton underwear or the boyfriend whose favorite song you can't remember--you will never become excellent at it. You just don't have the commitment required. You might as well move on to a new hobby, to a new boyfriend.

Every day I write. Every day I read. It just doesn't feel like a good day if I don't. It's not just a job that I show up for. I could pay the bills some other way. I want to be excellent. I hope that my persistence, my obsession will help get me there. I believe talent and natural ability play their roles in all excellence (I mean I could never be a top sprinter or a ballerina, no matter how many hours I put it though I might be better) but 'grit' as Jonah Lehrer points out are as, perhaps more, important. Granted, you have to have at least some talent. I'm not sure how much I have, but I'm hoping my 'grit' magnifies, amplifies it enough to compensate. Perhaps it's just wishful thinking, because I couldn't stop writing poetry even if I wanted to. It's not just an infatuation.

Here's Lehrer's always-fascinating blog in which he talks about 'grit'. It gives me hope that my perspiration will pay off. Anyway, Lehrer's page is worth reading for this as well as other fascinating ideas.
Posted by Sarah Wetzel Fishman at 11:11 AM No comments:

Authenticity of the Expatriate Writer 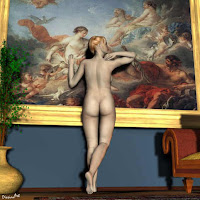 I’m back in Israel after being gone two months, and am thinking about self-justification. Why write? Why write about this place?
There is the issue of authenticity. I am not Israeli (OK, I have an Israeli passport but that doesn't make me Israeli). I am not Jewish. I barely speak Hebrew. I will never be Israeli, Jewish, and the chances of my Hebrew improving to any significant degree are, well, slim to none. Here, I am the eternal outsider.
Yet, I believe my perspective is, if not unique, unusual.
Exile and expatriation are conditions that have existed since the beginnings of literature. Physical and psychic distance from one’s native country can give writers/artists perspectives they did not have before. Travelers often comment that they see their own country more clearly or gain new respect/disregard for aspects of their country from another. The Roman poet Ovid, exiled away from Rome, and James Joyce, who lived most of his working life outside Ireland, are two notable writerly examples. 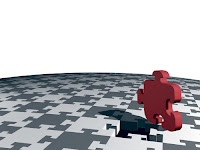 So too, I believe, the alienation and dislocation often described by expatriates living for extended periods in foreign countries contributes to the creative process. Not only does the experience provide fodder for the imagination, but also the eye of the outsider is often one more likely to discern the strange and unusual in what to the native appears commonplace. Certainly some of the most interesting descriptions of the US have come from foreign visitors. From the 19th century, think of Alexis de Tocqueville’s De la democratie Amerique and Charles Dickens’ American Notes. From the 20th Century, think of Federico Garcia Lorca’s Poet in New York and Czeslaw Milosz’s Visions from San Francisco Bay.
I only hope my American eye, my poetry, is as discerning as it takes in the Israeli landscape, or at least on my small portion of it.
I’ll add that I don’t think my poems reflect a perspective that is necessarily accurate, or at least not always. But my poems emanate from experiences uniquely mine and though filtered through the veil of my American upbringing, culture, prejudices, and religion, I have to believe they resonate, feel authentic, to those to whom I write, which largely means other Americans.
I take comfort from the idea that sometimes the foreign perspective, at first illegitimate, later appears prescient. Milosz Csezlaw, dissident Lithuanian/Polish poet and exiled to California from 1960 wrote on America (always in Polish) widely. In a book of essays published in 1967 and only re-published in English twenty years later, Milosz wrote to his foreign audience: “the fact that America is still a country of the Bible has, and will continue to have, lasting consequences. . . . America is the legitimate heir to the Judeo-Christian civilization. Therefore, it was just and beautiful that the American astronauts flying over the surface of the moon addressed the inhabitants of Earth with an old message, the beginning of the Book of Genesis.” Fifty years ago, the statement inflamed America’s critics, both domestic and foreign, yet how uncomfortably familiar it seems today.
Posted by Sarah Wetzel Fishman at 12:33 AM No comments:

I am preparing myself to return to Tel Aviv after being in Manhattan for two months. I am looking forward to a warm sea and the return of long walks with my dog. Friends tell me much is the same (isn't it always?) though the recent demonstrations against the government have caused even our neighborhood to question behavior, curbing back on spending, avoiding expensive restaurants. Though it's unclear whether it's genuine psychic discomfort or evasion. I suppose we'll see if politicians and policies change once the demonstrations die down as they already are, and, more importantly, once new elections are held.

But I had welcome news while I was packing--the wonderful literary magazine The Cafe Review included a lovely thoughtful review of Bathsheba Transatlantic in its Summer 2011 issue. I am so grateful and pleased. The Cafe Review includes some amazing writers and artists, and is always a beautiful compilation. I recommend taking a gander online and subscribing if you can. It's well worth it.
Posted by Sarah Wetzel Fishman at 10:58 PM No comments:

I've been avoiding this blog. I've felt such an enormous sense of ennui, not just about this blog (what does it matter anyway?) but in regards to making an attempt to engage the world at all. When I turn on the news, I feel I am watching some other reality that has nothing to do with mine. Or rather that my reality cannot interact or affect that reality. Two bubbles existing side by side with no overlap... 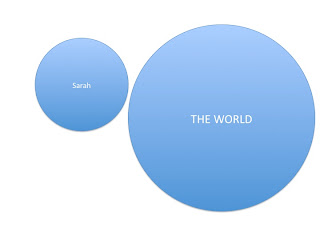 Which brings me to the reason I felt compelled to post today from my bubble of ennui...


In Israel, the middle class (Yes, that's us!!) are rising up. From their couches and comfortable seats in the cafes, they are protesting the rising cost of housing, the fact that the political system no longer represents any of their interests. It's been all over the Israeli papers and media. An essay by Etgar Keret from tabletmag.org pretty much sums it up. As one protestor from the streets says in the essay:


“The middle class is the easiest group to screw,” Alon, a demonstrator pushing a baby carriage, explained to me, “It’s hardest for them to take to the streets; the poor can go all the way—they have nothing to lose anyway. The rich can hire lawyers and lobbyists and who knows what else. But the middle class is stuck there in the middle: without the economic power required to oil the system, but with just enough to worry about losing what it has. That’s why they’ve been milking us dry for years. But it’s over now.”


Isn't that the way a lot of us feel? We're afraid to risk our dwindling capital by making waves. OR, worse, instead of blaming the government for catering to special interests, wars, corporate and financial institution interests at the expense of the middle class, we resent whatever small resources go to the worse off, the unemployed, the poor, the uneducated, the immigrants. It's a form of scapegoating, to pull  a term from the Old Testament.


As Etger goes on in the essay about the Israeli protests: I could sense something else underlying his words, something that is shared by all the people I spoke to at the demonstration: how alienated they feel from the Knesset that is supposed to represent them. Isreal’s parliament pushes through, on a daily basis, laws favoring the settlers, the ultra-Orthodox, and other groups skilled at lobbying and manipulating it. It has never engaged in any dialogue with the tens of thousands of people who decided one evening to take to the streets.


Substitute US Congress for Knesset, corporate interests, the wealthy, right-wing evangelicals for settlers and ultra-Orthodox and you have the situation in the US.


Etger then asks the same protestor, “What are you hungry for?”


“For a country that is a little less heartless,” he said, and gave his baby, who had just woken up, a bottle. “One that doesn’t try to push only a culture of power and force, but also a culture that values compassion. Being a Jew isn’t just being a settler, you know; being a Jew also means having compassion. I swear. You don’t believe me? Go home and Google it.”


Me too. A little more compassion, a little less heartlessness.

What to do? I don't have a plan but a few things I'm going to do: write my congressman, donate some dollars to Planned Parenthood, plan how to be in the US for the campaign season, and write a poem.
Posted by Sarah Wetzel Fishman at 8:59 AM No comments: