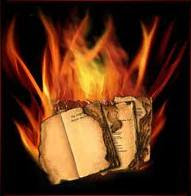 I tremble when I hear on the news that many of our politicians want to radically reduce, even eliminate funding for the National Endowment for the Arts and the National Endowment for the Humanities, essentially eliminating art from the public mall. I know America is facing fiscal crisis. I know that hard choices must be made. Yet I tremble at how easily some contemplate eliminating the miniscule funding ($167 million in total, which is negligible rounding error in the $3.83 trillion US national budget) that helps pay for museums and theaters, arts programs and community libraries, poetry and painting and art in schools. I recognize that the ‘far right’ (sometimes self referenced as the ‘real’ Americans) resents that a few dollars find their ways into the pockets of artists whose work they consider obscene, pornographic, or atheist. But actually most NEA and NEH dollars are for programs whose worth goes far beyond the act of creation (and we can argue the value of providing a few dollars to help talented artists pay rent) to fund programs that bring in audiences, tourists, rippling across a community and creating jobs, political leanings nonwithstanding.


Beyond this fiscal shortsightedness, I tremble because when we so marginalize and hold in disregard the artist and the act of creativity, we are allowing ourselves, all of America including the ‘real’ Americans, to fall farther into the pit of alienation and despair.
What makes a human, what separates the human from the animal, is imagination. The ability to imagine, to envision, what it is to be someone else is at the center of everything when we talk about being human.
Without imagination, there is no empathy. What is empathy anyway? It is the capability to share another’s emotions and feelings. In other words, it is the ability to form a mental image, sensation or concept without actually living that person’s life. In other words, empathy is imagination.
Which is why we need art. We need art because art is the human endeavor that most stretches and requires the development of imagination. We need to create art. We need to receive and respond to art. Without art, without paintings, sculpture, without books and poetry, we are less human. Without art, we have less empathy, less empathy for each other, and for the world in which we inhabit. Without art, we might as well get down on all fours with the sheep and the wolves hunting them.
Posted by Sarah Wetzel Fishman at 4:15 PM No comments:

The Weight of Old Work

When Jewish German poet Paul Celan visited in 1969, Israeli audiences begged him to recite his poem “Death Fugue” (“Black milk of morning we drink you at dusktime / we drink you at noontime and dawntime we drink you at night / we drink and drink”). He refused. Celan’s host and the people arranging his readings and meetings demanded he read it. He refused. Not once did he read that poem to the Jews in . After two weeks in the Holy Land, Celan abruptly returned to . Ten months later, he jumped to his death in ’ (“we scoop out a grave in the sky where it’s roomy to lie”).
was not the only audience Celan denied “Death Fugue.” During the last decade of his life, in fact Celan refused to allow the poem to be further anthologized or read. Why? Based on translator and biographer writings (e.g., Pierre Joris), Celan didn’t want to be associated with what was already being called Holocaust Poetry (as a Jewish survivor of that horror, no one can blame him). Moreover and perhaps more importantly, he felt, according to Joris, that the constant focus on that one poem stole attention from his other later work.
In a similar way, the classical Russian composer and musician Sergei Rachmaninoff came to loathe his famous Prelude in C-sharp minor as it, he said, “overshadowed” his other compositions. Every where he toured, audiences demanded it—“The Prelude,” they shouted—“The Prelude,” they screamed from their red velvet chairs. Of course, Rachmaninoff was one of the few pianists who could flawlessly play this work—Rachmaninoff’s hand spanned almost two octaves. In disgust, Rachmaninoff twice left the stage after angry listeners heckled him for not playing it. Check out this pretty funny video of Igudesman and Joo playing the Prelude, which underscores why the big hands are important!

More seriously, in thinking about these two artists, I wonder just how much our expectations of an artist figure in our assessment of the work, how much does what came before influence our reception of what comes after? It is impossible to read new work by contemporary poets as diverse as Sharon Olds, Li-Young Lee, Brigit Pegeen Kelly without referring to earlier books, the books that first garnered them attention. In all three cases, critics leveled the accusation that these poets are “writing the same poems over and over again.” We expect our artists to not only surpass earlier work but to grow, to change. But in my opinion it is almost impossible for readers familiar with their work to judge without the prejudice of what came first. My point is perhaps the later work IS better but we can’t judge it on its own merits.
One factor affecting our reception of an artist’s new work is the the widely propagated statement that artistic creativity tends to peak early. While we can always point to a Wallace Stevens, there are multiples more of cases like the ones noted above where a poet or writer or artist produces something extraordinary and then disappoints in some fashion over and over. But do poets really peter out after forty or fifty? Is creativity really the primary domain of the young? Sure, there are plenty of examples of young geniuses though when one cites Keats and Shelley, remember they died young. Perhaps Keats early work (completed before his death at age 25) was just a warm-up for what would have come later. I don’t think the situation is clear either way and there are enough examples to support both sides. We might complain that Galway Kinnell has not produced a second Book of Nightmares, but in my opinion, Anne Carson and CD Wright are only getting more courageous with age. I mean Philip Schultz, who won the Pulitzer Prize for his book Failure, would be well served to let his first book go quietly out of print. By the way, I consider that last statement a compliment. If, in twenty years, someone writes that same sentence about me and my work, I will have written a good life.
Here’s a crazy thought—perhaps the rumor of young genius, older has-beens was started by old poets and wizened painters so that they no longer have to measure up. One must think that once an artist has created a body of much-lauded work, it would be terribly tiring to try and surpass it. Moreover, it might be debilitating, psychologically impossible to even contemplate the task. How can I? What if I can’t? Will they still love me? What will they say? I know. I know. We like to think that true artists are beyond caring how their work is received. But most do, if they are human, especially if the audience includes those they love or admire, those whose opinions matter.  How can an artist transcend what is already transcendent? Which brings me back to my crazy though, why not go ahead and eliminate expectation?
If it’s not actually true that genius is the domain of the young, at least the idea that an artist has already shot his or her load to euphemistically put it by the time he or she reaches late middle age, reduces the pressure to perform. So one can get back to writing.
Posted by Sarah Wetzel Fishman at 12:48 AM No comments:

Email ThisBlogThis!Share to TwitterShare to FacebookShare to Pinterest
Labels: poetry

A Note on the Past

If you live in a small intense country like Israel, over time you begin to recognize that there is a very big difference between what one might call ‘history’ and what one might call ‘the past.’ History is an official version of what happened, the one depicted in books and what is talked about on the news. The past is a place of shadows, whispers, failures, and defeats. The past is what you read in people’s faces after the bombings and what you hear underneath the mob’s cries. A mother hums it as she boils the pot of what she’ll serve for dinner, and the father reads it to his children at bedtime. The past exists in multiplicities as does each person’s idea of his or her future.
The past, like the idea of time, means something different every time it’s talked about and defies translation. History means one thing, or at least one thing at a time.
The two can never be reconciled.
Posted by Sarah Wetzel Fishman at 12:53 AM No comments: