Art as Something Other than Truth 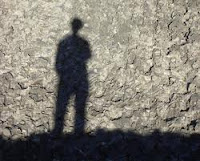 I want to start with a long quote from Maggie Nelson’s book The Art of Cruelty. This comes from a chapter in which she discusses how artists and writers have somehow, in at least some spheres, become regarded as ‘tellers of truth.’ Or that they are at least supposed to be ‘tellers of truth.’ Whatever that means. Here’s her quote:
When it comes to art, I personally cannot see the use-value of these proclamations, nor of the related, superficially inverse claims that a culture’s artists are somehow its “priests of truth.” I don’t mean to suggest that one isn’t working toward something while working on a piece of art, something that could be called “truth” (though it might also be called “making it work,” “aesthetic resolution,” or some such thing). But to approach works of art or literature with the hope that they might deliver a referendum on truth, or provide access to Truth-truth, is to set up shop on a seriously faulty foundation. A work of art may tell us little about factual truth, or about Truth-truth, but that is no reason to banish or belittle it. So long as we exalt artists as beautiful liars or as the world’s most profound truth-tellers, we remain locked in a moralistic paradigm that doesn’t even begin to engage art’s most exciting provinces.
She goes on to say:
By virtue of its being multiply sourced, art cannot help but offer up multiple truths. To a moralist in the market for “an ordered universe and objective truth,” such an offering can be only a contradiction in terms. Worse still, because of its episodic nature, art offers the passing impression of truth, without the promise that the truth revealed will have any lasting power.

I quote this, not because I want to belittle or begrudge artists their role in telling truth. On the contrary.
Art is important not because it shows us the one version of truth; it is not important because artists are prophets are visionaries. Rather, art is crucial because it allows us to recognize other perspectives, other versions of what might be called truth. Art forces us to shift our vantage point so that our view shifts, broadens, brightens. Of course, it doesn’t mean that what the spectator sees or hears is what the artist intended. I don’t think most artists have such agendas. Art opens a door, without the confrontation inherent in most rhetoric, and the spectator is often changed, even if in only a small way.
I am entering my third week of my fellowship residency at Vermont Studio Center. I am surrounded by artists, all who are telling their version of what might be called truth. Although I don't think they would call it that. They are just laying it down, in paint, in stone, in words, whatever it is.
P.S. Maggie Nelson is, in my opinion, a genius. Her book of poetic essay Bluets is among my favorites. Her book Jane was a thriller of a poem. Anyway. Enough gushing. Go read her work.
Posted by Sarah Wetzel Fishman at 4:31 AM